Eugenics in the NHS – Liverpool Pathways 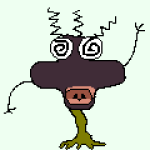 Documentary for the investigative series called ‘Dispatches’, about the legalised murder of the sick and elderly in Britain.

Legalised? Indeed. Liverpool Pathways was the original name for the UK’s disgusting NHS eugenics programme (aka “euthanasia” – with no consent from the sick individual or their relatives), whereby they deliberately dehydrate the elderly and sick babies to death.

The programme was supposed to be axed, but it still continues today. It was simply “rebranded”.
They call the intentional murder of the sick “compassionate” in Britain. Steer clear of the “national health service” and care homes.

Euthanasia: the practice of intentionally ending a life to relieve pain and suffering – but in the UK, if you have a sick baby, or a sick elderly relative, then without their permission, and without your permission, they will end their life with sedation, and then withdraw fluids from them (dehydration).

What REALLY Happens When You Take Medicine?

What REALLY Happens When You Take Medicine?

Hey Government we are not stupid